In honor of Clutch’s new record “Book of Bad Decisions,” below is my ranking of their studio records (in case you’re wondering, I would probably put Slow Hole to China somewhere around Jam Room, and Live in Flint above Live at the Googolplex, though both are amazing).

Clutch remains awesome to this day, and right before the latest record had released two of their strongest ever in Earth Rocker and Psychic Warfare. Bad Decisions doesn’t quite hit those heights–very much a Gore to Diamond Eyes/Koi no Yokan situation. But it is worthy in its own right, and Clutch’s continued existence is something to be celebrated.

Strange Cousins is the album I return to the least. It seemed like they were a little out of ideas after the Blast Tyrant/Robot Hive peak, and just put out a stripped down blues record that also stripped down a lot of what made them interesting. That said, there are some big highlights on this record–50,000 Unstoppable Watts is a classic Clutch single that I’m surprised hasn’t stuck in their set more, and The Amazing Kreskin is possibly a top 10 Clutch song.

This may require some more consideration, but for now I have to say the new one is a disappointment. I guess it was always going to pale in comparison to Earth Rocker and Psychic Warfare just on the backs of those albums’ openings–it is way too much to ask for a band to repeat Crucial Velocity/D.C. Sound Attack and X-Ray Visions/Firebirds/Quick Death in Texas-level quality on every record.

How to Shake Hands is the only instant classic in my book, though Vision Quest and Ghoul Wrangler are a lot of fun too. But Hot Bottom Feeder? Really? That shit is embarrassing. And I love Gnome Enthusiast from Jam Room, so…

Speaking of which, ultimately the most disposable of Clutch’s studio record. But it deserves a spot a couple of places above the bottom because of some real classics here–Big Fat Pig, Raised by Horses, and especially Basket of Eggs, any of which would’ve felt at place on Elephant Riders.

This is the line–from this record on onwards, I  love all of these records. Love. We are splitting hairs here, but that is the exercise I assigned myself.

This record is in the back of the pack because coming off of Robot Hive it seemed like Clutch wasn’t quite sure whether they wanted to commit to keeping organ as part of the sound or not, and got lost in the middle. So you end up with something like You Can’t Stop Progress, which is a perfectly fine Clutch song, but has misplaced keys that don’t need to be there. They ended up getting this type of song right on the last 2 before “Book”–see Once More into the Breach.

This record comes alive on the back half though, where Fallon unleashes some trademark weirdness/nonsense on top of some of Sult’s best riffs. The one-two punch of The Rapture of Ridley Walker and Opposum Minister is hard to beat in post-moshpit Clutch.

Moshpit Clutch. And their first record. And the one that bears the least resemblance to anything that came after (I’d contend S/T is much more similar to even Bad Decisions or Blast Tyrant than Transnational is to anything subsequent).

I first saw Clutch in 1999 at age 15. When Prison Planet started and it was more violent than the Slayer pit I cowered in fear from at Ozzfest, I was pretty confused. I’m still confused–can anyone explain to me the violence at Clutch shows for awhile? There a lot of awesome aspects to Clutch, but violence inspiration should not be one of them if we are just going on sound.

Monster Trucks still holds up, Shogun pops up live every once in awhile, but once Clutch entered “we play Electric Worry every show” territory this record took a huge backseat. Fallon’s wordplay mastery was on full display even here, when they were trying to sound like Helmet and Undertow-era Tool instead of themselves. That attitude thankfully evaporated as soon as Big News 1 started. 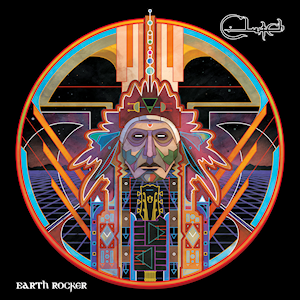 Hot streaks! Clutch seems to have a real talent for putting out their best records back to back, and here is the modern-era one. Starting with Earth Rocker, which absent that bizarre chorus in the title track, was instantly worthy of pantheon status. The Face and D.C. Sound Attack are up there with anything in the catalog.

D.C. Sound Attack is part of one of my favorite Clutch moments–At Hellfest 2014 (where they were literally hanging from the rafters for the show, putting American Clutch crowds to shame), some crazy European dude knocked the shit out of me during D.C., picked me back up, then did the two-finger-point-to-eyes-i’m-watching you thing perfectly in line with:

I got blood in my eyes

And I’m looking at YOU

That was fucking awesome.

Also worthy of specific mention is The Wolfman Kindly Requests, a badass album and concert closer.

Career highlights 2 decades in.  This baseline consistency combined with a huge ceiling on each record is why they are the best American rock band in the last 30 years. 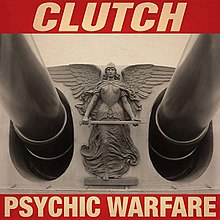 Storms right out of the gates with maybe the best 3 song string of any Clutch album, and Neil Fallon perfectly encapsulates the band in Noble Savage–

Unapologetic lifer for rock and roll 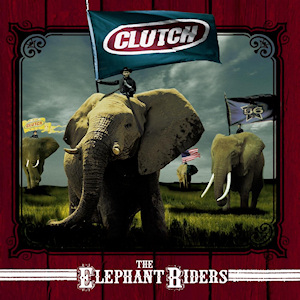 Not unlike Jam Room and Robot Hive, Elephant Riders has a unique aesthetic that means you don’t always want to listen to it when you feel like jamming Clutch, but it is perfect if you’re in the mood for it. It also has a great Clutch in-song for the poor fools who’ve never heard them before–the stop/start jam of Ship of Gold hooks ’em every time.  Finally, Elephant Riders was the place where Fallon took full hold of his storytelling and scene-painting abilities, which would come define so man later classics like Opossum Minister and Cypress Grove and Quick Death In Texas.  Clutch hadn’t really tackled anything like the title track or Muchas Veces or the Soapmakers lyrically at this point.  Fallon found his footing here (give or take a Prison Planet or Wilkes Booth?), and hasn’t lost it since. 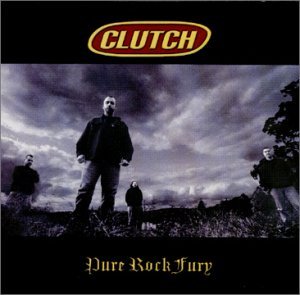 Front-to-back classic with swagger and mystique. I even like Careful with that Mic–kinda. 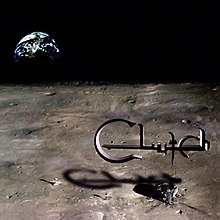 Should anybody actually see and consider this post I suspect this will be the biggest point of contention. Have to imagine most Clutch fans would put this at #1, and I wouldn’t argue–career defining on album 2, with the all the stoner rock, blues, metal, punk, lyrical insanity and even that covert Christian bent that would come to define them (my buddy once asked if Clutch was a Christian band. I was infuriated of course…but also he wasn’t wrong.  Consider Tight Like That here or Gullah on Robot Hive) .

I’ll admit this didn’t click for a few listens when I first picked it up. I thought they were this crazy band with the live reputation to back it up–what he hell was I gonna make of the end of Texan Book of the Dead? Eventually it dawned on me though–this is a rock band, playing rock songs, with a lyricist you just have to roll with–not a metal band that has some blues and stoner elements, not a punk band that jams sometimes, not someone writing love songs or anthems. Just a unique, weird, grooving rock and roll band that dominates live.

Listen to them play Peterbilt or Prison Planet to this day, and they’re still that same band. 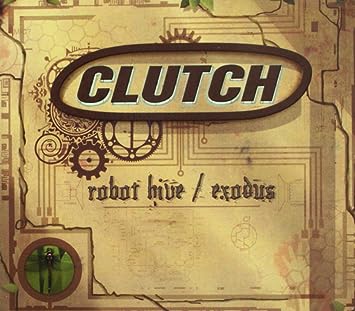 Hot streak No. 2, this time with the most surprising and maybe rewarding result of Clutch’s whole discography. I did not see a lead-organ blues album with bananas lyrical gymnastics coming after the hard-edged assault of Blast Tyrant, but maybe I should have. They followed their heaviest record with their most mellow, and damn if it didn’t just fucking work. After these two records, you knew just who Clutch was, their range and what they were capable of.

Their most iconic lead off track–yes, even more so than Big News–and just lyric after lyric of genius.

Half a mind to double up baby, three times is jive;

The seven habits of the highly infected calf

This album is Fallon’s peak.

The record provided three of Clutch’s most reliable live tunes in Mice and Gods, Broken Beard and Gravel Road.  But the real highlights are between the cracks.  Pulaski Skyway’s riff, the jammed out instrumentals, being transported to the weirdest place you can imagine in Circus Maximus, the (anti?) evolution/technology tension of 10001110101.  Any day you listen to Robot Hive becomes a good day. What better measure of a record is there? 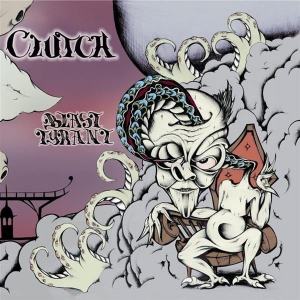 The Promoter. Profits of Doom. The Regulator. Mob Goes Wild.  Clutch put the pedal down following Pure Rock Fury and made a record actually more fitting for that title, the heaviest and most aggressive record of their career.  Blast Tyrant maintains that momentum and charged atmosphere while still including classic rock jams (Cypress Grove) and real introspection (The Regulator, Ghost). It has an immediate character but seamlessly and effortlessly shifts. It kicks ass. It cemented that Clutch was going nowhere and meant business after the weirdness of Jam Room and jarring radio reach of Careful with That Mic. Its my favorite Clutch record.

There you have it! If you disagree, feel free to fuck right off.

Or start a conversation below, or wherever that’s done on this blog site. Thanks for reading. 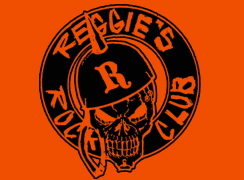 Hello.  I hope to write somewhat intelligibly about the music I listen to and shows I attend in this city, which is an incredible place for a metalhead.  So naturally, the first post won’t be about metal or a concert at all.  Enjoy.